July 25th, 2022 – AURALiC is delighted to announce an update for its ARIES G1 and ALTAIR G1 to the G1.1 version. Reflecting their drive to innovate and lead the music streaming market, this update provides exciting improvements for both models.

Engineered to exacting standards, the ARIES G1.1 and ALTAIR G1.1 excel in today’s demanding environment of high-resolution music streaming. Designed and consistently updated in-house, the Lightning streaming platform has led the industry since its release in 2014. Focused on providing the best possible sound and an outstanding user experience, Lightning streaming includes several unique features such as memory cache, CD playback and ripping, and wireless streaming up to 384 PCM and DSD512. The Lightning DS iOS app provides native integration with high-resolution streaming services like Amazon Music, Qobuz, and HighResAudio, as well as other lossless services such as TIDAL, KKBox, and NetEase, providing a world of musical exploration. AURALiC’s Lightning streaming platform also supports TIDAL Connect, Spotify Connect, AirPlay 2, Bluetooth and acts as a Roon Ready endpoint allowing you the freedom to access and control your music however you like.

The Auralic Altair G1.1 is for the more value conscious audiophile looking for a multi-role component with an emphasis on sonic performance.  It combines Auralic's Lighting streaming platform with a high quality ESS Sabre 9038Q2M based Digital to analog converter, and a volume control. Stream Tidal, Qobuz, Airplay, from your NAS, an external hard drive, or add your own SSD internally to the Altair.

The Altair G1.1 acts as a premium digital hub for any high-performance system, the ALTAIR G1 software and hardware functions in much the same way as the original ALTAIR, able to act as a preamp, a DAC, a streamer, and an all-in-one digital source, but is also now fitted with the G1 chassis, providing a matching 4-inch color display and Smart IR feature.

As a wireless streaming DAC, ALTAIR G1.1 has received several updates from both the G1 and G2 series of products. It now uses the ESS 9038Q2M conversion chip, providing the user with more detail and perceived resolution than ever before. To match the higher levels of performance available from this new DAC chip, the analog circuitry received necessary parts upgrades and an improved layout for a balanced presentation.

New for July 2022, The Altair G1.1 has an improved Femto clock, providing an even higher level of precision for the integrated DAC. It also has a more powerful built-in headphone amplifier, making the headphone listening experience even better.

Finally, the processor platform has been upgraded to that of the G2, featuring 2GB of system memory and speeds of 25,000 MIPS, providing the user with a seamless, powerful experience.

An internal storage option remains, and for a fee an upgrade kit can be provided to the dealer or the customer, allowing for robust, local storage of large music collections in any number of formats and resolutions.
As a digital hub, the ALTAIR G1.1 still functions as a Roon Endpoint, can stream subscription music services such as Tidal, Qobuz and Spotify, and offers Bluetooth, Airplay, and SongCast for a multifaceted and varied set of feature needs.

Pair with a high quality amp and speakers and you have an uncluttered high performance audio system. 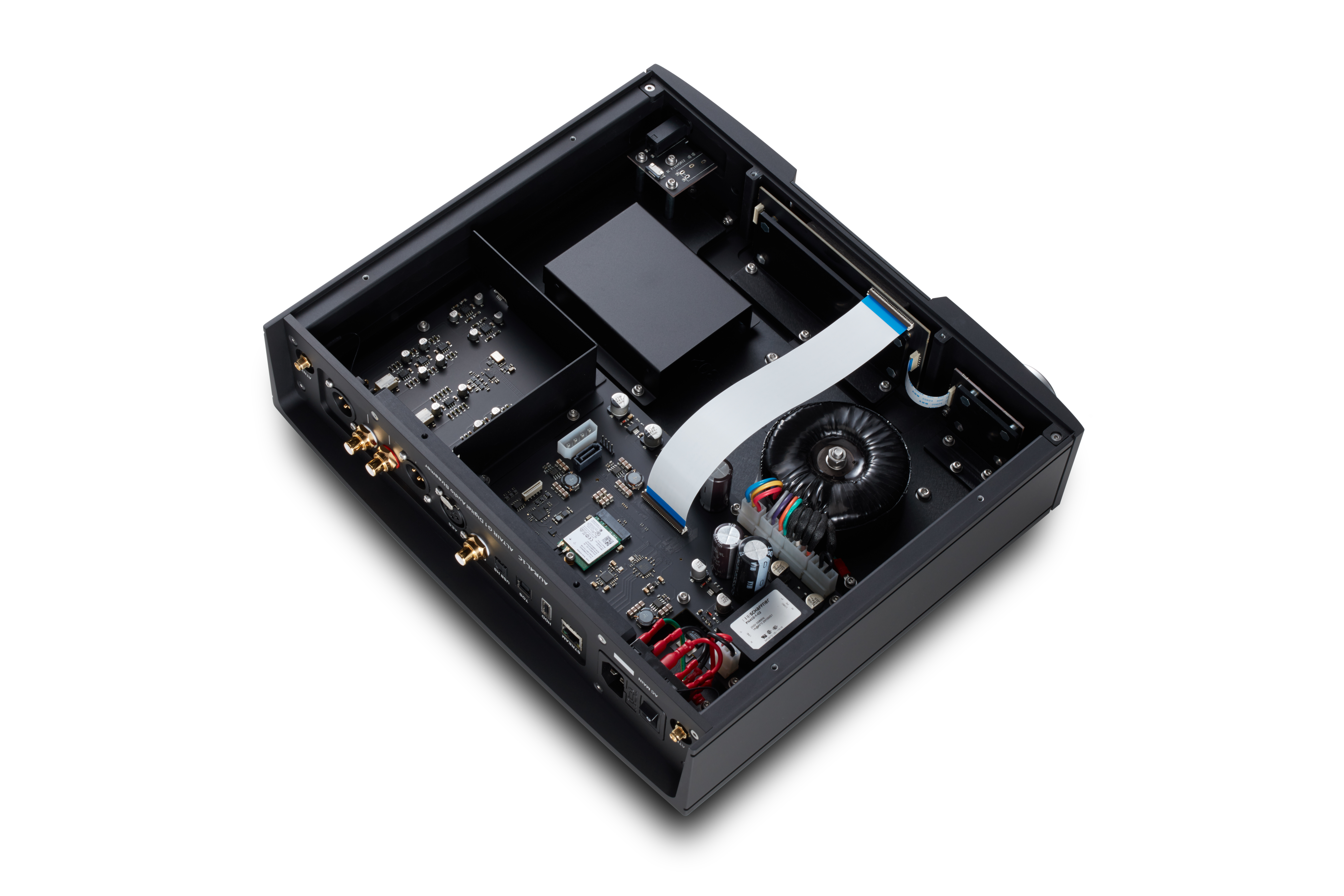