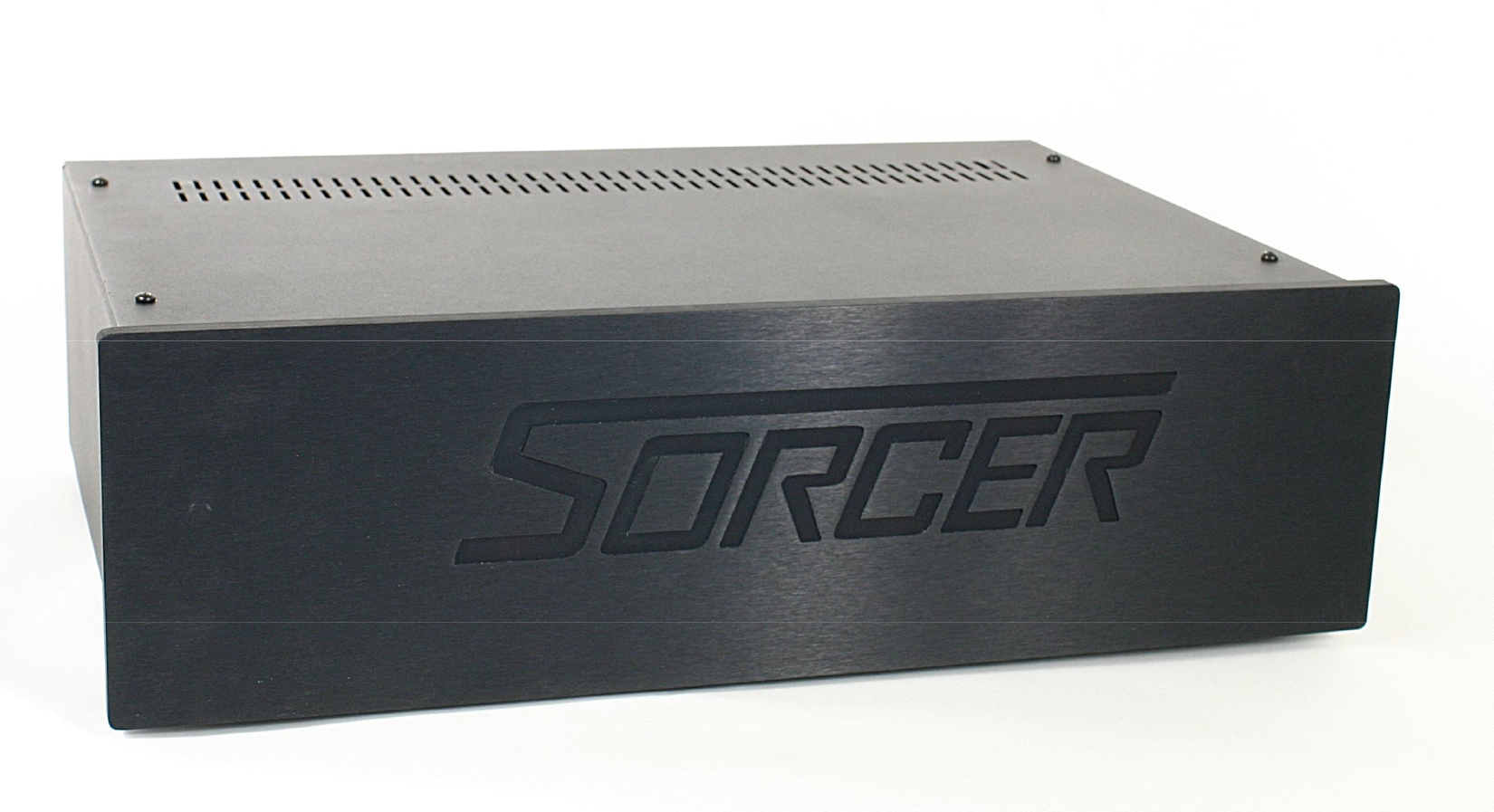 You might know the inventor of ADD-Powr technology from past and present products. Bill Stierhout started in the audio industry in 1999 with two products, the Quantum Symphony and Symphony pro. The small boxes created quite a stir back then with their effects, and were a huge hit amongst audio tweakers. They were well reviewed in Stereophile, The Absolute Sound,  Soundstage and Positive Feedback Online. 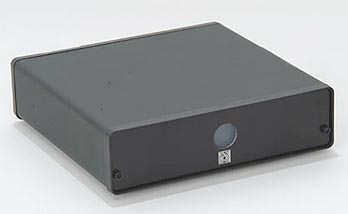 Others too have incorporated Stierhout's technology in their products. Walker Audio's Velocitor and Combak corporation (now defunct I believe).

The technology was purchased in 2008 by Nordost, whose very successful QRT line of products is still sold today.

Fast forwarding to the present, Bill has improved upon his original designs and is introducing his new technology under the corporate moniker  ADD-Powr.

The Sorcer is a large, black metal box measuring 17" wide x 12" deep x 8" high. The front plate is aluminum and engraved with the Sorcer moniker. The rest of the chassis is powder coated steel. The back of the unit has the ADD-Powr branding labels on it, as well as an iec for the power cord and a fuse holder. This thing is heavy, weighing in at about 30 pounds. Most of the weight is in the 5 toroidal transformers inside.

ADD-POWR stands for Algorithm Digital Defined power.  The ADD-Powr products are generating a field using an algorithm, this field is "ordered" or controlled by the internal microprocessor. In the case of the Sorcer products, this field is emitted into the environment, and also "presented" to the local AC grid. The effects of this field are the re-referencing/biasing/clocking of the AC harmonics, which eliminates noise and artifacts on the AC lines, and noise generated inside audio components. Think about that. Most AC conditioners reduce noise on the AC lines that the components are connected to. They do nothing for internal noise generated by the components themselves.


The Problems of Conventional Power Conditioning

To audiophiles in the know, AC Mains quality is a well known foundation of any high performance audio system. After all, every audio component takes incoming AC and modulates it to create the musical waveform we listen to. The phrase “garbage in, garbage out” applies very well to audio reproduction. Garbage AC feeding your components leads to less than ideal sonic output. Unfortunately most attempts to improve or clean up AC mains is an exercise often fraught with compromise. Making gains in one area sonically usually compromises sound in another. Until now, clean, quality and compromise free AC mains has been unobtanium.

The daunting task of purifying AC mains pollution is increasing almost daily. From oversaturation of wireless networks in neighborhoods, to cellular phone use polluting airwaves and leaking into the grid, these problems are on the increase, not decreasing, and will only get worse as more and more “smart” appliances become part of our lives and homes.

Most power conditioners are series devices. Meaning they are installed between the wall receptacle and your audio components. The AC voltage and current pass through the filtering mechanisms inside the power conditioner, are cleaned up (hopefully), then the AC is delivered to your audio components. Hopefully leading to an improvement in the performance of your gear.  As I said before, this is usually fraught with compromises. Tonal shifts, dynamic compression are but a few of the gremlins that can plague power conditioning. What about power regenerators you say? They do regenerate power, but the internal components used to do so can add their own noise to the AC.

This is where the Sorcer has an advantage. It is designed to condition power in parallel, not in series. Nothing plugs into it except the cord used to power the Sorcer itself. It uses an algorithm to generate an electromagnetic field that counters the noise riding on your AC lines. It uses the AC from the wall to generate this counteractive field. The field is then propagated back through the AC cord that powers it, and it is also radiated into the immediate environment, conditioning the power entering and inside your audio components. 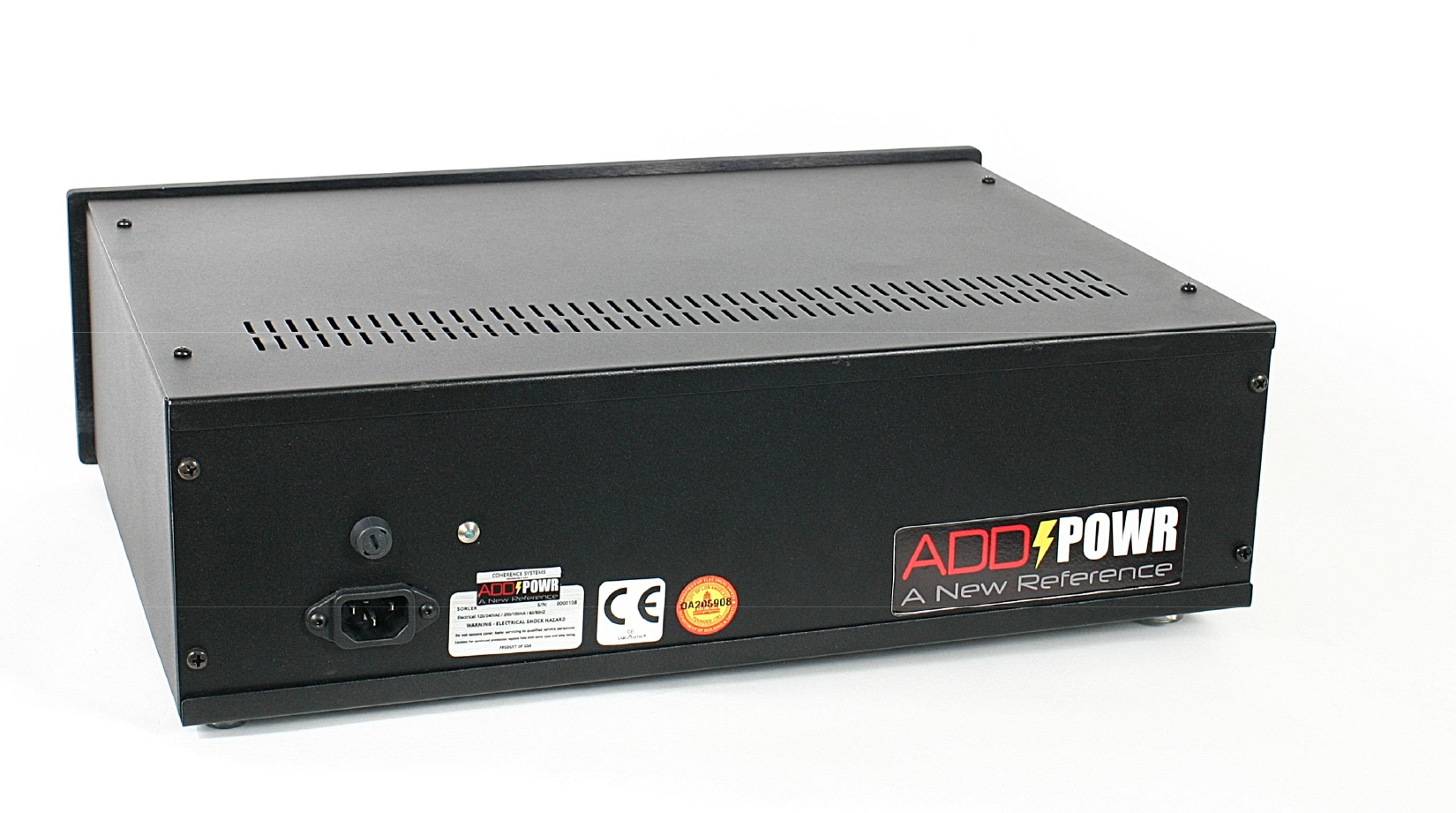 Installation couldn't have been easier. I simply used one of my aftermarket power cords to connect power through the iec inlet, and plugged it straight into a spare wall receptacle near my system.

I was using a Dark Matter Stealth power conditioner in my system already, and really felt I wasn't missing out on anything. I have been using the Stealth for years, I was happy with the setup and really wasn't expecting much from the Sorcer.

Initially, I simply plopped the Sorcer down in front of my system, but in close proximity. As per Bill's instructions, I plugged it in to an unfiltered wall receptacle (because the Sorcer likes it's power dirty...) and it took about 2 seconds to realize that the sorcer was a force to be reckoned with. 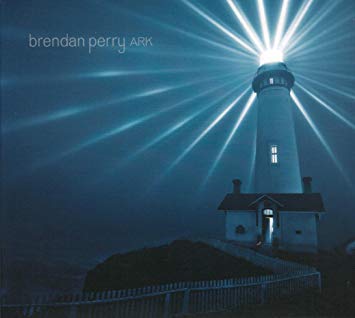 Babylon from Brendon Perry's album, Ark is an outstanding demo track, and a fantastic song. The singer from Dead Can Dance puts forward a slightly similar, slightly different collection of songs, all well recorded. Babylon opens up with an expansive, orchestral opening dominated by what appears to be French Horns. The sound was indeed expansive, with the layering of the horns was really impressive with each horn and each harmonic distinct. Then the big drums kick in, literally. Deep, punchy, and you can literally hear the skin of each drum being struck. No room boom with the drums either, they are open, dynamic and deep. When Mr. Perry's voice enters, it is hypnotic, and real. Not a hint of boominess or too much chestiness.

Nick Cave's Higgs Boson Blues is another favorite demo track of mine. It opens with an electric guitar and Mr. Cave's haunting voice painting a vivid picture with his words. There is a sense of liveness, rawness with this recording. Yes there is a distorted compression to his voice when his voice rises. The guitar and tom-tom style drumming remind me of Radiohead's There There off of Hail to the Thief. The emotion in this recording comes through vividly with the Sorcer revealing all of the nuances. 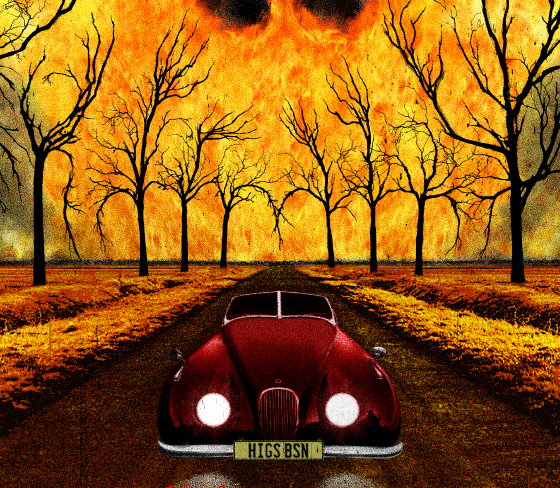 Clarity, macro and microdynamics are, well, more dynamic. Imaging is more focused, soundstaging larger, and leading edge transients sharper. All of the musical frequencies become cleaner, clearer AND more musical. There seem to be no tradeoffs with the Sorcer. Some power conditioners allow one's system to offer up a huge soundstage at the expense of dynamics or image placement. Some reveal more detail but are edgy or fatiguing ( a sign of Teflon capacitors). The Sorcer does no harm, it removes noise, and leaves dynamics, imaging, and soundstaging alone while creating a beautiful, musical soundscape to immerse yourself in. This thing is scary good.

The whole experience was eye opening, educating me on the fact that there was still more information/music to be revealed in the source material. But to do it in such a way as to unleash dynamics and leading edge transients with such clarity, without edginess, THAT is something I had never heard before.

It's now been a several months with the Sorcer in the system, and I still love it. It still makes me want to just sit and listen for hours. I am immersed in music that is clear, lively, and magical. I have now lent my Sorcer to a few of my very best customers, with reference level systems. We are talking Magico 7's, Wilson Alexandrias, and commensurate level components. They had power conditioning and tweaks already. They were all impressed, and all who have tried the Sorcer have bought at least one (yes, two customers actually ordered two due to the large size of their listening rooms). I don't care what level your system is at, the Sorcer will take it higher. Before you buy anything else for your audio system, you owe it to yourself to try the ADD-Powr products. You won't regret it. 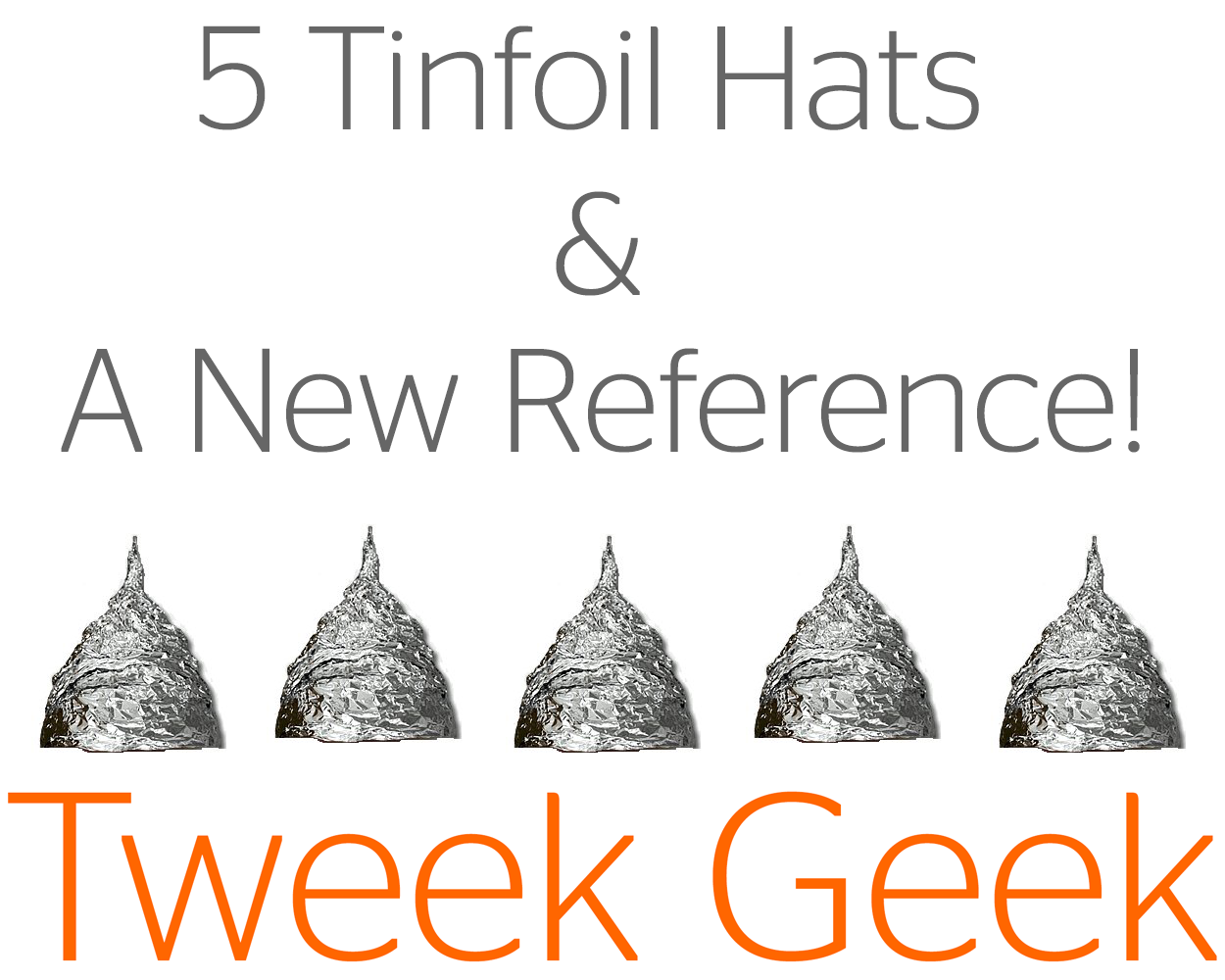