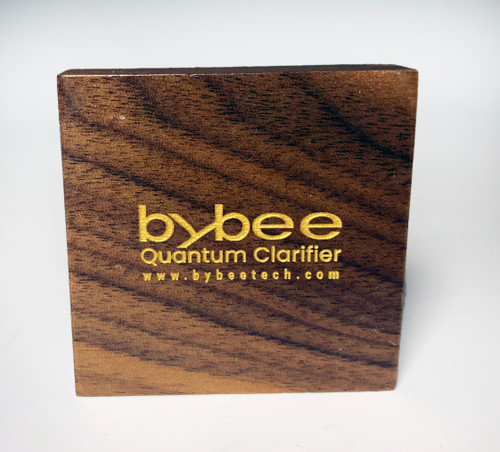 "The play of “Ju Ju” from Gretchen Parlato’s “Live in NYC,” was embodied with a undeniable naturalness and it was obvious that the noise floor had dropped considerably. Dynamic content has more impact, from the strike of a piano key to the strike of a drum. Subtle details were far more obvious than during previous plays, emanating out of a denser blackness. The system responded as though the volume had been increased… it had not..."

The Bybee Quantum Clarifier has slightly more power than the iQSE, but does not have the pretty wooden case.  It is essentially a thin 2" x 2" x 1/4" square that is reported to produce Incredible gains in naturalness, and detail when placed on the backside of a loudspeaker driver magnet or frame (not on the cone please), and equally as effective on component transformers.

Jack's original intent for the Quantum Clarifier was to create a device that would reduce eddy currents and stray magnetic flux when placed on transformers. So it makes sense that they would work on loudspeakers and transformers. 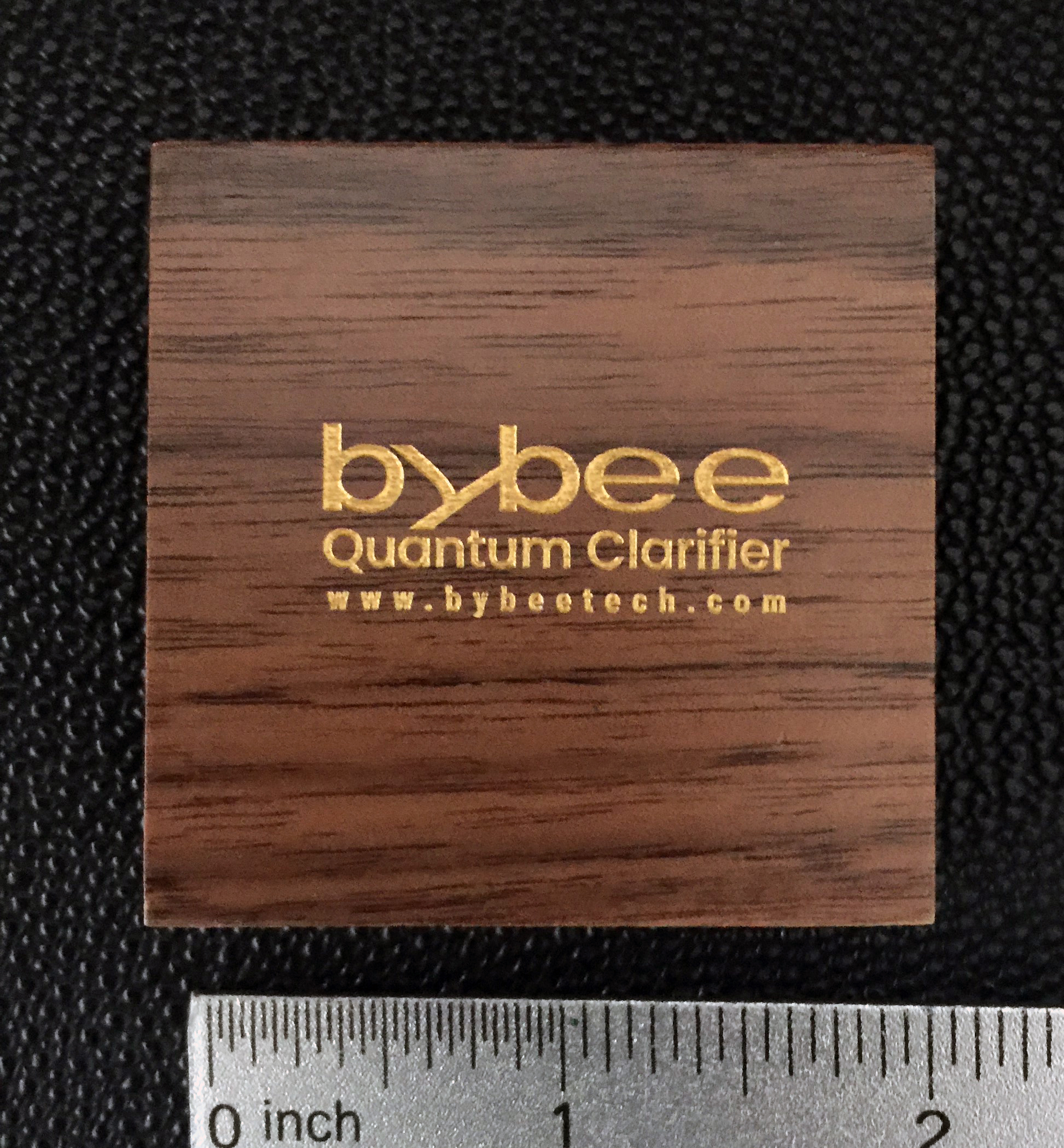