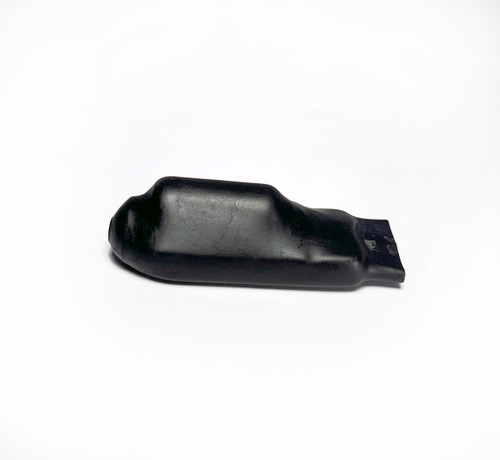 Super versatile and will blow your mind, guaranteed! Free worldwide shipping for a limited time.

Tweek Geek Blog Series on how to use the V2 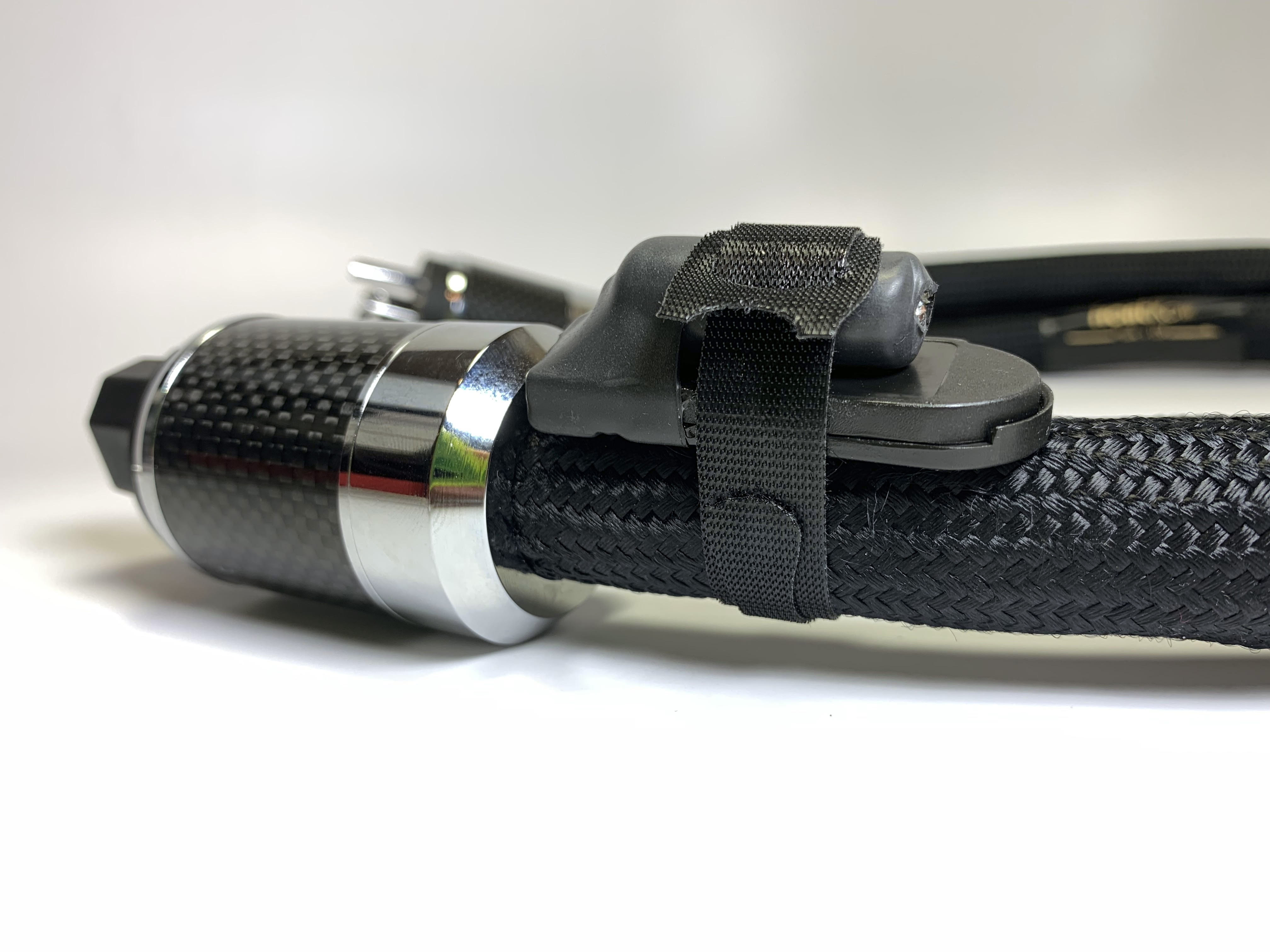 Bybee V2 Attached with Velcro to a power cord

The Bybee V2 Quantum Signal Enhancer (iQSE) is a small approximately 2" long by 1" wide by 1" tall device that, while not the prettiest piece of audio gear you will ever see, is extraordinarily powerful in the positive sonic attributes it will bring out in your system. Orders of magnitude more powerful than the original Bybee Purifiers, or any form of Quantum Signal Enhancer that has come before.

They are small, and indeed delicate. But their size allows you to conceal them nearly anywhere. Inside your breaker box, inside components, underneath cables, on the walls behind pictures, etc. etc.

The V2 like it's siblings the Quantum Signal Enhancer and Internal Quantum Signal Enhancer is activated by surrounding energy. But the V2 is different and much more powerful. So powerful that it has a dramatic effect on the soundstage and detail retrieval when not only placed on components, but also on your speakers and within the listening room.

Where the V2 Works (so far)

Setting a V2 atop a V1 QSE or iQSE greatly improves the effectiveness of both devices. 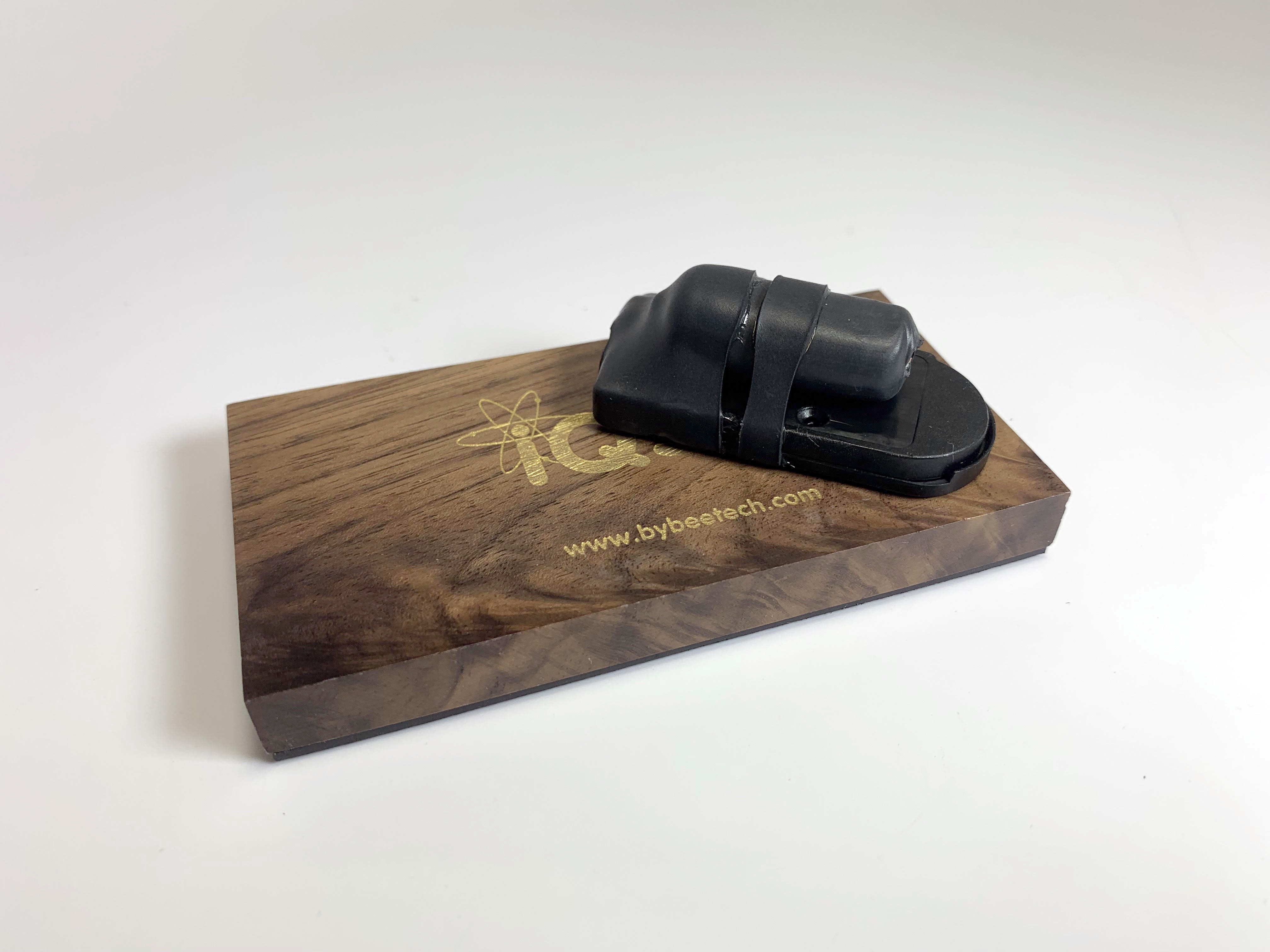 Bybee V2 sitting on top of an iQSE

"Today, so very quickly, the V2 arrived...When it arrived, I wasn’t sure if it was switched on (I thought I remembered reading on your webpage that it could be).  I wondered what to do, but as soon as I fitted it to the mains lead to my amp it became completely clear that, indeed, it was. What a transformation.  The music is clearer, more intimate, so much more interesting. The bass more balanced and distinctive, and the top end amazingly detailed.  Voices sound amazing.  The resonance from string instruments is lovely.  Pianos sound like, well, pianos!  The V2 has raised the standard of my system very considerably."

"I spoke to D.S. over the phone this morning and he too reported the same "ballooning of the soundstage" in his words. I referred to it as an order of magnitude  expansion in spherical soundstage and experience in that space."
------------

"Regarding the iSQE II (V2) - I put two in the breaker panel and that is where I got the biggest impact vs in the amps, preamps or digital equipment.

"One resides over the 100A main breaker and the other sits between the two dedicated 20A 240V breakers going to the Krell mono power amps."

"What I am hearing for the first time is more accurate phase reproduction which is separating instruments and voices in a much clearer manner."

"I have 2 inside my circuit box (one actually on the Incoming Mains breaker and the other placed on the two breakers for the dedicated lines for the stereo). They work great placed on the plugs that feed your power amps and power conditioners (both plugs on both ends of the power cables). I have 32 V2's. They are great inside (or under) power amps and power conditioners (e.g. I have 2 inside the amp). They also work well on both plug ends of an HDMI cable (very effective). If the power cord is long, place one in the middle of the cable as well as both end plugs. I have 2 inside the Transport and 2 inside the DAC. I have no pre-amp. You can place them on top of components, too."

"...As room tuning devices, they are great. I have 8 scattered around the room."

"...They take ~ 20 minutes in place before you should evaluate. After 1 hour in place it's even better. After 3 hours better yet. The best part is the next day. That's when you will really hear how great they are. And they keep getting better every day!"

The following testimonial is from a customer of Tweek Geek writing to Jack Bybee about the V2's.

Hope you are doing well. Attached are 4 photos of locations where I have installed your v2's.

The first photo shows where they are affixed onto the speakers. If one thought that three would be enough, then one would be wrong. When I added the fourth one to the speakers, it was synergistic! Wow! Game-changer.

The other three photos are of v2's (paired with an iQSE which doubles their effectiveness) being used as "room tuning devices." I have nine of them scattered around the room. They work exceptionally well to help fill the room with sound while, somehow, reducing distortion as well. They really are little miracle workers.

This combination of v2's has transformed the sound of my system like nothing else. I can't thank you enough for inventing them. On second thought, I guess $400 per unit is one way of thanking you." - C.S., California

As always, we stand behind the Bybee devices with our 30-Day money back guarantee.