This unit has the original box and packaging, and has a few demo miles on it. It is in 9/10 condition and priced to sell quickly! 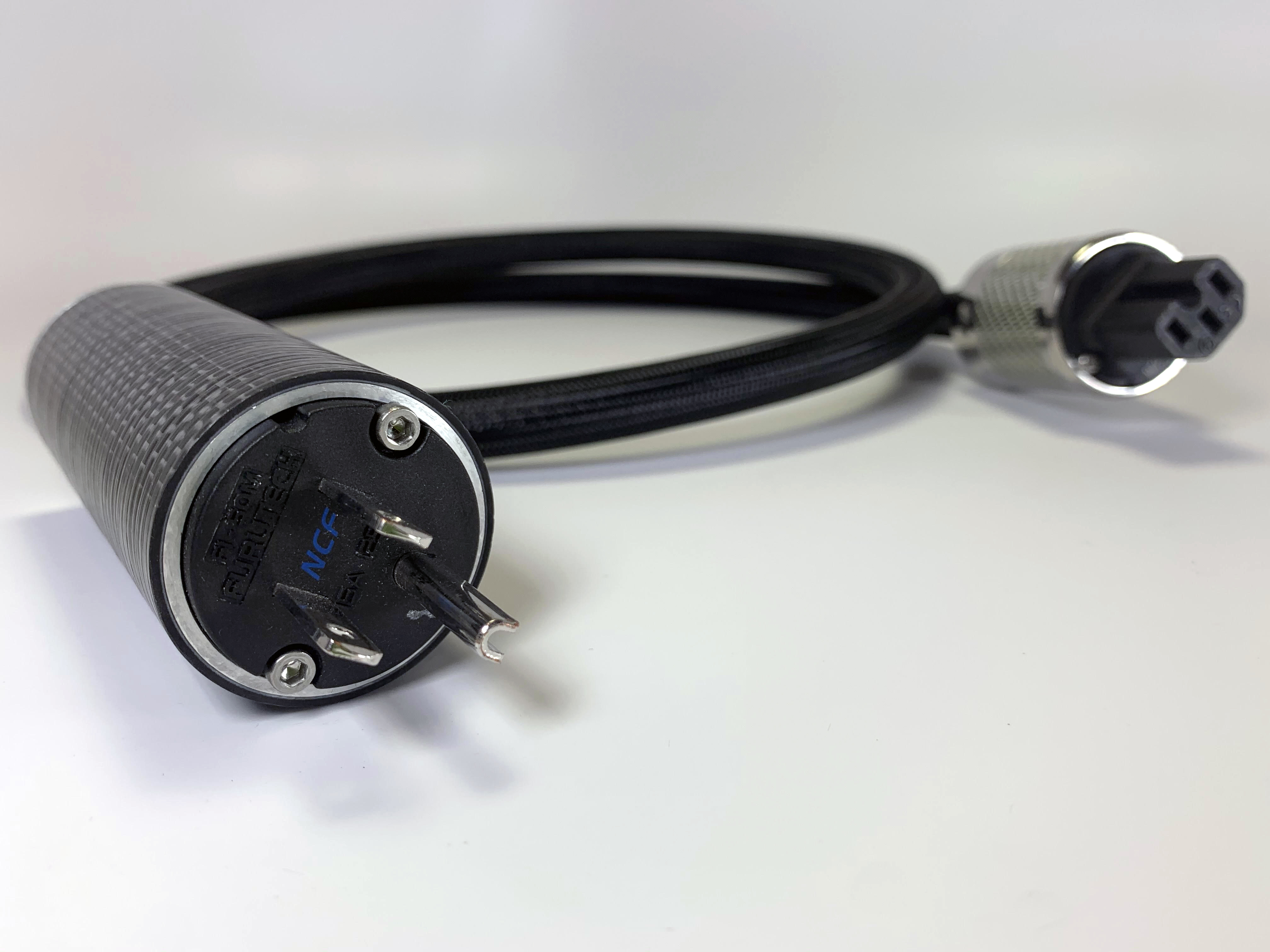 The Wormhole 2 power cord starts with Furutech DPS-4.1 wire and FI-50 NCF terminations.  This is by itself an outstanding power cable, capable of full bandwidth, dynamic, high resolution sound on the right component.  It's good, but over time we found it to be a bit analytical on it's own with some gear. This of course plays well with components that already have a warm tonal characteristic, but on more neutral to analytical gear we found the "engagement factor" was missing. We loved the potential of this power cord, and we had some tweaks up our sleeves that we were ready to test on the stock Furutech DPS 4.1 cord.

The Dark Matter tech material was our first test. It's overall characteristic of enhancing musical flow, tonal richness, texture and body came through on this cord and we were very pleased with the result. But being ever curious (we are very hard to please) after a long period of evaluation, we wanted to know what might be able to take this cord further still. We had the time, the tools, and the skill to take the performance further, so we did.

The next phase was the addition of Bybee Purifiers, specifically the latest generation of SE AC purifiers, to the wall plug end. This required custom building and machining an extended barrel for the NCF plug to accommodate the two Purifiers. We chose to do this rather than place a large tube in the middle of the cord to prevent the cord pulling away from the component, or pulling the component off of the shelf. Placing it on the wall plug end made the most sense, because that location would put the least stress on whatever component the cord was plugging into, and frankly the location did not affect the sound of the cord.

This was a much bigger improvement, well worth the extra expense of the Purifiers and the custom made extension barrel for the NCF wall plug. The Bybees gave this cord the sonic signature we were looking for. There was a smoothness, a naturalness and flow to the music that complimented the resolving power of the ultra pure Alpha OCC-DUCC copper and FI-50 connectors. we were happy with the design and were ready to go into production with this new cord.

During this time we had also made the discovery of what we call "Wormhole Technology". This Technology was first discovered for and put to use in the DMT Mandala II. The Wormhole Technology was doubling, even quadrupling the power of our Mandalas, and since it is so concentrated, it would be easy to add to a small amount to a power cord. We were already getting great results by just letting our prototype cord rest on a Mandala II, so it was an easy decision to make.

Upon adding just a fractional amount of Wormhole to the iec end of the power cord and listening to this design for the first time, the experience was transformative. If I had to put it into words, I would say that the density of the sound, the way the sound fills the room, just went  from holographic to being transported to the venue where the recording took place. There were no speakers, there was no room, there was only music. I was transported to a space. 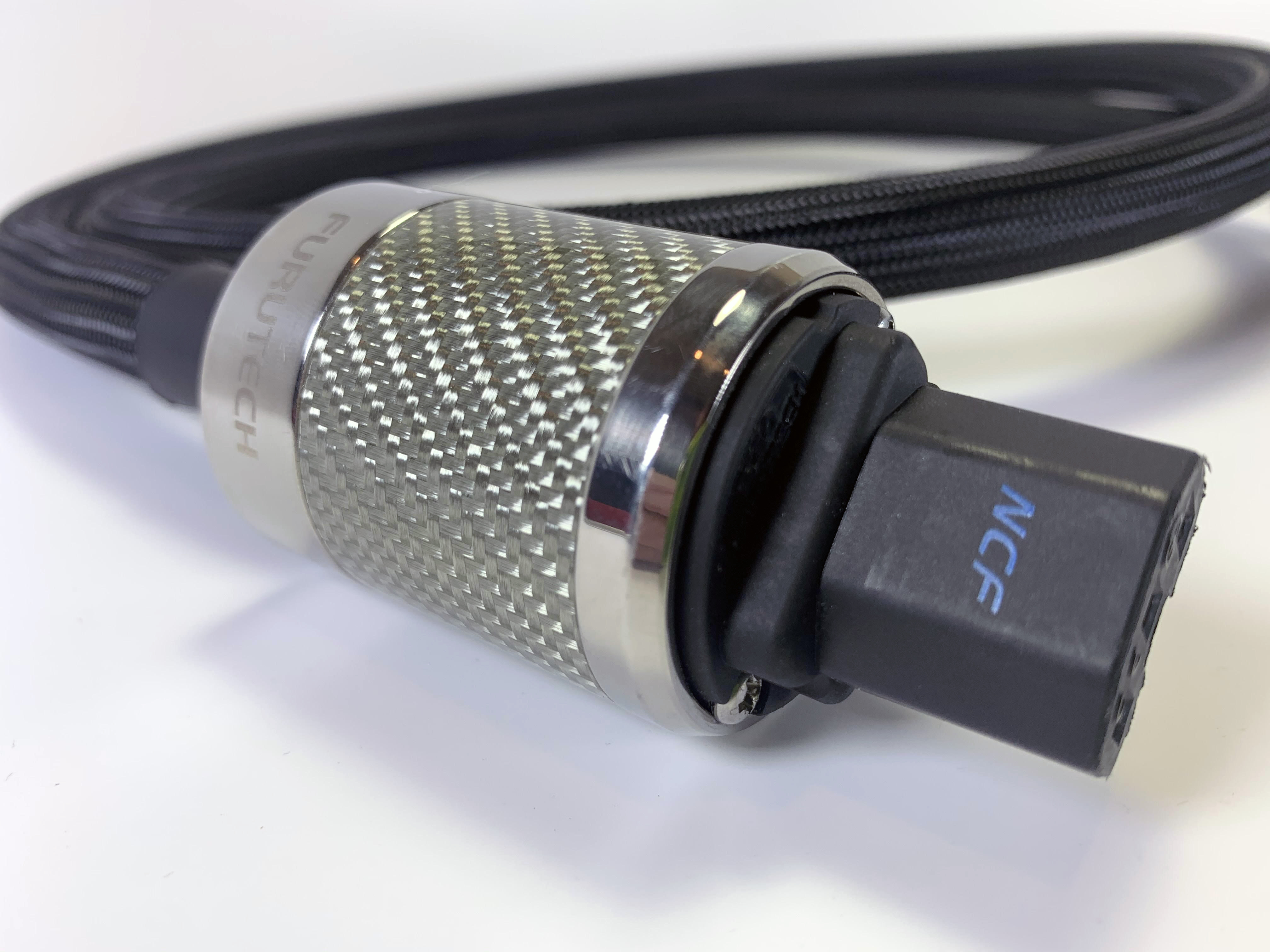 We take the outstanding Furutech power cable and connectors much further in performance in the following ways:

Comparing to an identically terminated stock Furutech DPS-4.1 cable, the Wormhole Digital 2 power cable is far more detailed, with richer harmonics, a denser more holographic soundstage, and has a more natural sound more like real instruments and musicians playing in a space. Low level phase information previously unheard is all of the sudden present, adding to the engagement factor of the music. The width and depth of soundstage simply explodes in all dimensions on a good system. It doesn't just make speakers disappear, it makes the whole room disappear.

This demo cord is fully broken in, and will only need a few hours to acclimate to your system.

This product hasn't received any reviews yet. Be the first to review this product!