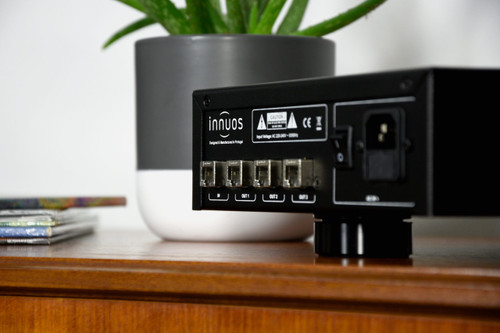 When we put the PhoenixNET in our own system, what struck us as most evident was the bass was much, much more tonally accurate and articulated. This translated all the way up to the lower vocal ranges, making them more lifelike. Subtle phase and ambiance cues appear more vivid, but in a believable and realistic way. This makes sense, since one of the main goals of the PhoenixNET is reducing timing errors, or jitter. Lowering the noise floor with the linear power supply is also helpful. If you own a high quality streamer and rely heavily on streaming music services, the PhoenixNET will absolutely upgrade your listening experience.

UPDATE 4/7/2021: We were busy simplifying and cleaning up our demo system's cables and network this week. Today we moved the Innuos PhoenixNet off of the audio rack, and into the cabinet where the Ethernet feed is directly from our Netgear router. This eliminated the Bonn N8 switch that was there, and simplified the network. Now the PhoenixNET was getting the direct internet feed, and supplying our streamer and server with clean, reclocked ethernet signal. WOW! Our speakers produced an incredible disappearing act, leaving in their space a huge, 3 dimensional, wall to wall soundstage. The highs were far cleaner and more delicate, the bass dug deep, even for Harbeth SHL5 XD's, and the imaging was almost reach out and touch it good. It did not sound like the same system. This was way better. It is now our firm belief that the Switch has a very significant impact on the sound of a streaming audio system. For those pursuing an ultra high performance streaming system capable of competing with high performance analog, the PhoenixNET is a must.

The Problem with Network Switches and Streaming Audio

Typical  network switches/routers are designed for the sole purpose of taking data from A to B with a noise floor and precision that is "enough" for the rate of transmission and protocol used. This is fine for data networks but when sensitive audio components such as DACs, preamplifiers and streamers are involved, it will have an audible impact on sound quality.

We at Tweek Geek have blogged on this topic before, and offered solutions to help alleviate some of the noise issues associated with typical networking components. Other manufacturers have taken existing network components, modified them, and rebranded them for audio. This has yielded some improvements on the audio performance of networked stereo. 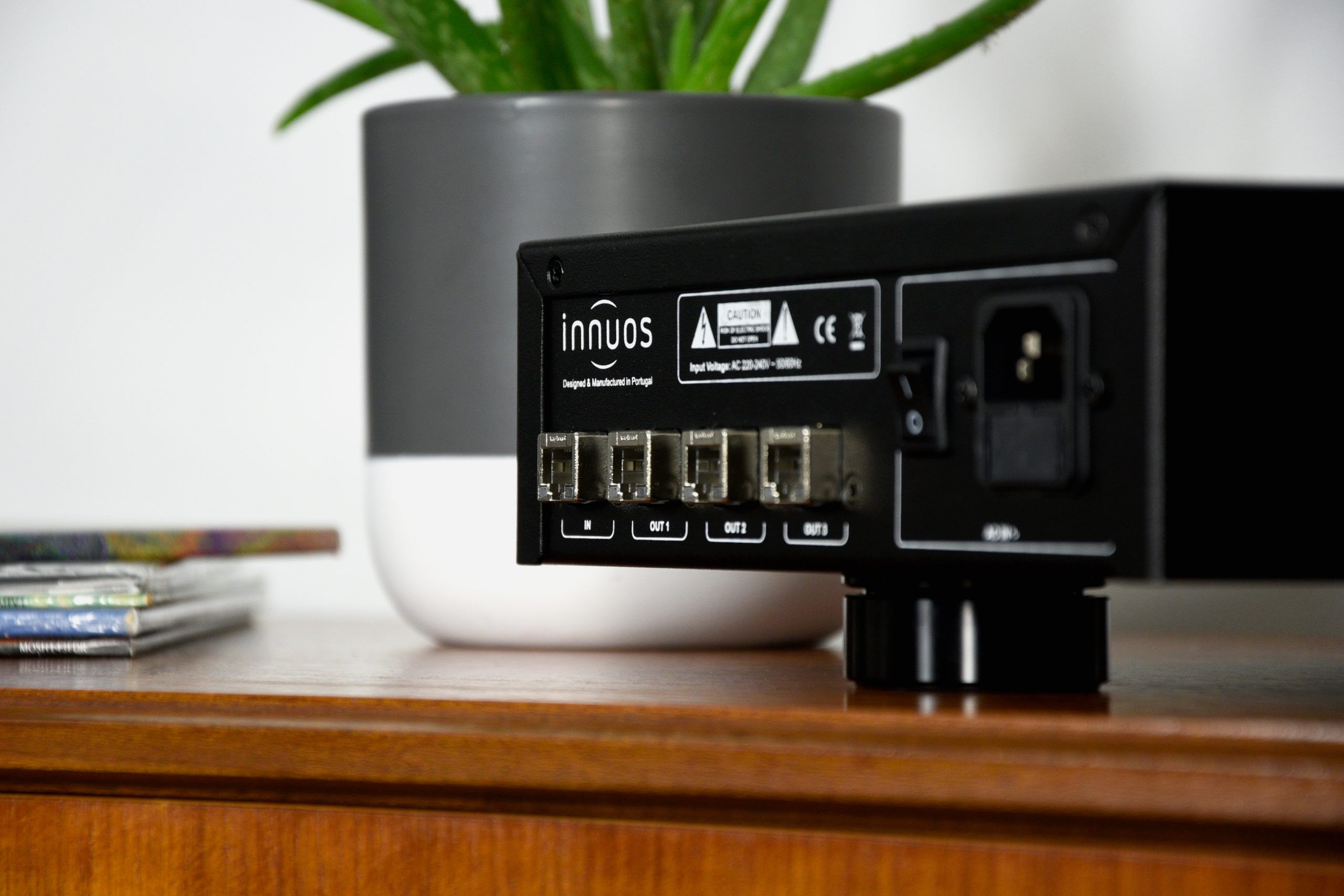 Designed From The Ground Up For Audio Streaming

The PhoenixNET is the realization of Innuos' philosophy of simplicity and signal purity applied to the network switch. Having started with improvements to the Ethernet ports' clock on our Flagship STATEMENT, Innuos has now taken the concept to the next level with a completely new network switch design that focuses exclusively on audio use. 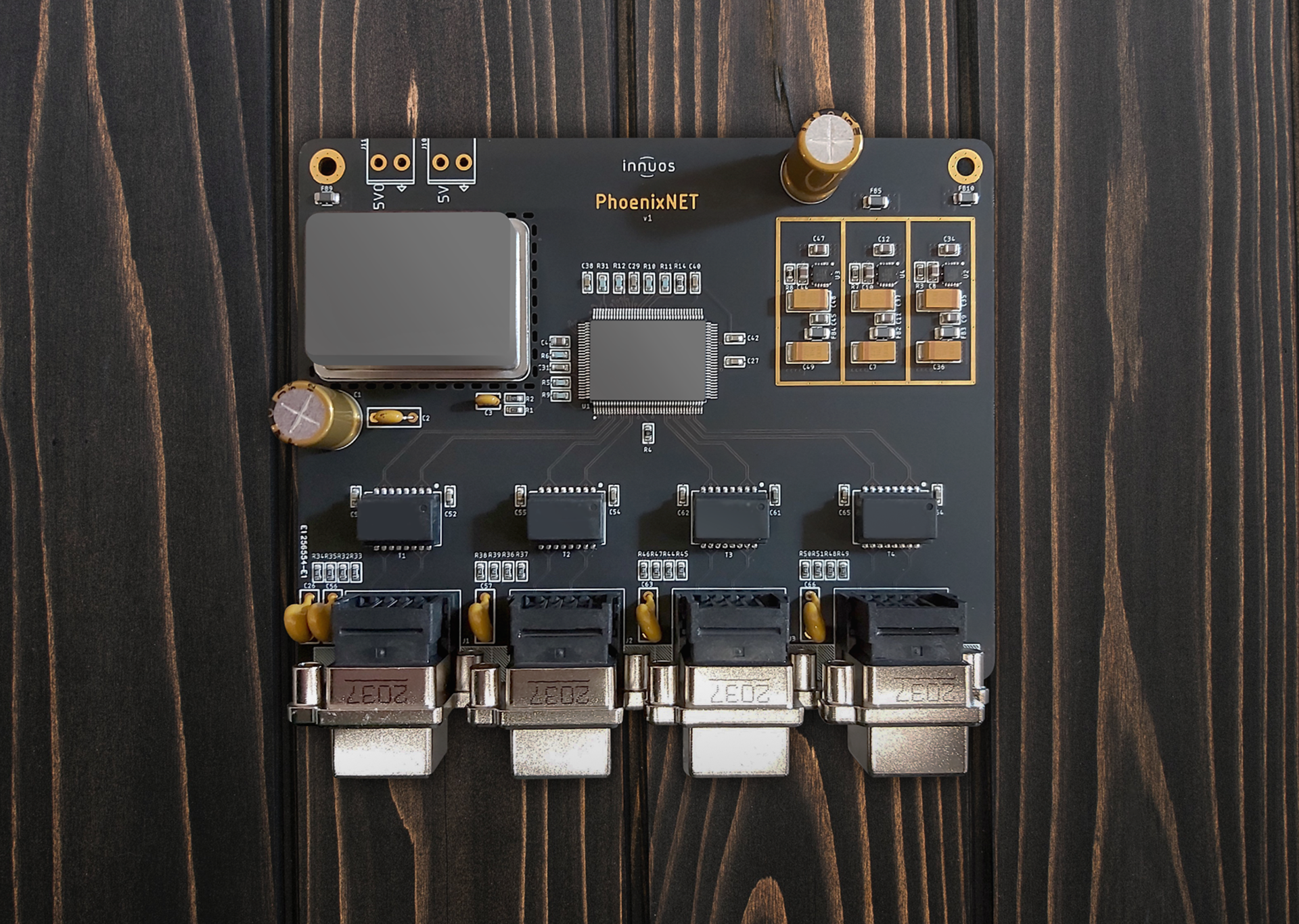 "There was little doubt what the high-end switch contributed. Vocals and instrumentals had more precise definition and dimensional sculpting. "Wie entgrated" read my notes which translates to "deburred". That referred to image edges that were at once rounder and more accurate so showed less feathering or burrs. With that and the lift of a fine fog, not only did individual images gain in contrast but the entire stage felt more transparent and specific. Particularly the depth dimension gained. With wall-of-sound Rock, that mattered less to not at all but did change significantly on quality Jazz and classical albums whose productions captured actual venue cues. Here the PhoenixNet wrote real profits." - Sixmoons