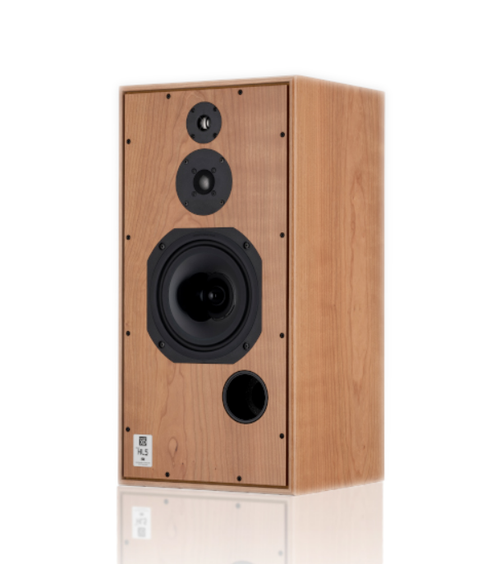 "What I experienced was something far above my expectations. Alan Shaw’s dedication to making the 200mm RADIAL2™ an edge of the art driver has brought to the lover of music a transducer that makes a variety of instruments come to life. It does so with the delicacy and power that one might expect in a far larger, more expensive loudspeaker. While the investment in these speakers is not inexpensive, its performance in every aspect makes the price of entry quite reasonable. They are my new reference standard for a passive loudspeaker." - Secrets of Home Theater & Hifi

"Here’s the gestalt — the Harbeth Super HL5 Plus are magnificent-sounding loudspeakers. I am having a hard time thinking of another pair of speakers in anything near its price range that I’d rather recommend, much less, live with indefinitely." - Part Time Audiophile

The Super HL5 Plus XD is the latest and greatest iteration of the legendary Harbeth HL-Monitor Mk1 from 1977. The speaker that launched the Harbeth company.Featuring Harbeth's RADIAL2™ driver and a radically new approach to the crossover. The HL5plus gets the very best from the proprietary 200mm driver in a cabinet is skillfully designed according to the pioneering research undertaken by the BBC. The system sound is large, powerful and transparent with an astonishing freshness. No wonder the SHL5 family is such a worldwide legend.

The Harbeth SHL5 Plus XD is a speaker that delivers music in a way the invites extended listening and emotional engagement. The original and definitive Harbeth loudspeaker delivers the ultimate high-end audio experience in its class. The SHL5 XD is capable of competing against speakers many times its price, such is the magnificence of its scales, its coherence, its expressiveness, its musical completeness.

Harbeth's Super HL5plus XD loudspeaker produces a huge soundstage of width, depth and weight for a total immersion in the musical performance.

"The midrange of the Super HL5plus loudspeaker is drop-dead gorgeous, with the top-end being sweet and detailed. A reference-caliber component that always sounds like music." ‐ The Absolute Sound

Amplifier suggestion: Works with a wide range of amplifiers, suggested from 25W/channel.

Space needs: Overall response optimized for use away from walls

Stands: Optimally to bring ears level with tweeters: typically 16-20 inches. (Tweeter: 475mm up from cabinet base)