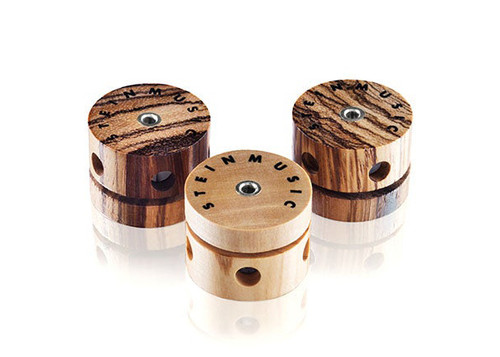 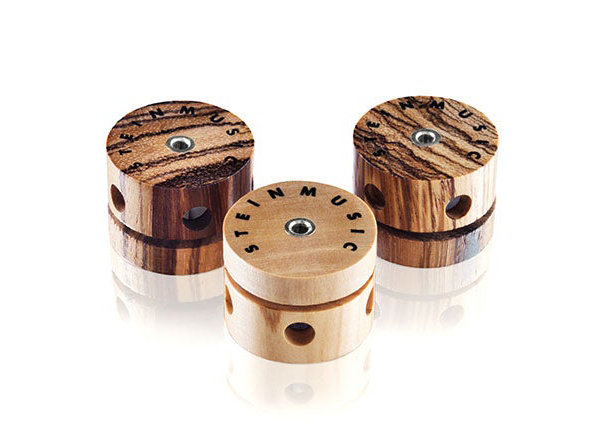 Super Naturals Plus take the concept of the Basic further. They also come as a set of three:

They contain special ceramic elements, felt pads and perfectly adopted woods. Ceramic has a very fast energy transfer. The felt pads normally have a dampening effect, but Steinmusic vacuum impregnates them with their own very special lacquer that stabilizes them and positively contributes to the overal organic sound and liquidity. The carefully selected wood gives the whole composition a very natural sound. Where the Basic needs 80 steps for completion, the Super Naturals Plus requires 120 steps.

How to Implement Super Naturals Plus

In addition to the different types of woods, you will need to pay attention to which side of the cylinder footer is top and which is bottom. To determine which side is top, notice that one of the flat sides of the cylinder has a metal ring at the center, while the other side does not. The side with the metal ring is always considered the top, and as such should always point upward. When starting to implement the Super Naturals Plus into one's audio system, we recommend starting at the source component, because that is where the sonic impact will be the greatest.