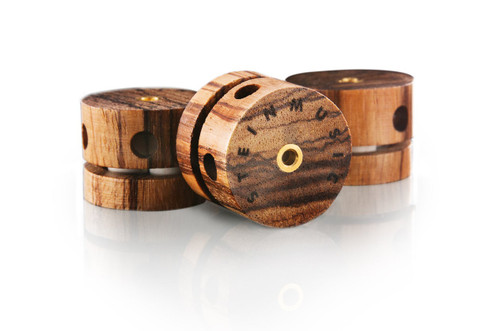 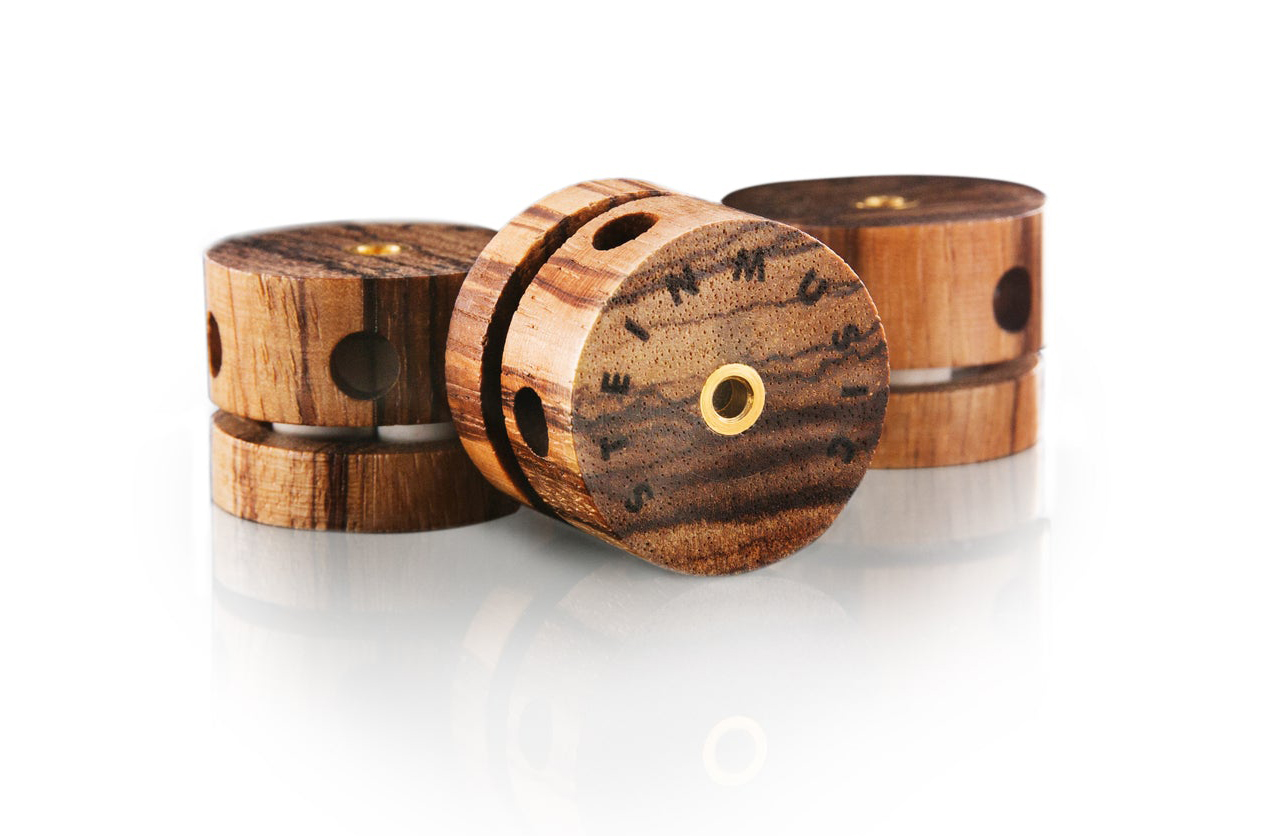 Super Naturals Signature are Steinmusic’s latest and most sophisticated feet for components and speakers. They too come in sets of three. Just like the Super Naturals Plus, two are made out of African Zebrawood, and the third is made out of Italian Olivewood. They contain special ceramic elements, felt pads and are also working on the level of quantum physics. Ceramic has a very fast energy transfer. The felt pads normally are dampening, but we vacuum impregnated them with a very special lacquer that stabilizes them and transforms the sound. The carefully selected wood gives the whole composition a very natural sound. Same does the quantum physical approach. The Super Natural Signatures require 130 steps. Sonically they have a similar signature as the Basic Naturals, but play more open and liquid sounding.

How to Implement Super Natural Signatures

In addition to the different types of woods, you will need to pay attention to which side of the cylinder footer is top and which is bottom. To determine which side is top, notice that one of the flat sides of the cylinder has a metal ring at the center, while the other side does not. The side with the metal ring is always considered the top, and as such should always point upward. When starting to implement the Super Naturals Plus into one's audio system, we recommend starting at the source component, because that is where the sonic impact will be the greatest.

If you use the Super Natural Signatures under speakers we recommend to place the lighter olive wood foot in the front center, and two darker zebrano feet in the back right and left corners.