A Trip to the Dark Side

The spirit of Darth Vader is alive and well in the persons of Mike Garner, Mike Galusha and Jack Bybee. These individuals must have learned well at the feet of Vader. They have obviously tapped into the dark side of the force. The device they have made, the Bybee Holographic AC Adapter, seemingly transforms audio equipment into something far more dimensional and resolving than one normally experiences with these pieces.

I have used a lot of different system conditioners, power regenerators, and power filters over the years and have not been particularly impressed with the overall results. They have inevitably compressed the dynamics and sucked the life out of the music. Sure they reduced noise on the power line, but at the expense of being able to hear the subtle nuances of the music. What you gain from a blacker background, you lose in subtle inflections and pauses.

When Mike Garner came over to my house to listen to our updated Infinity IRS Betas, he brought along this strange looking device. After listening to some of our favorite reference recordings, he suggested I try this device on the Rowland DAC. As I am plugging it in, I am thinking “Oh God, not another power line conditioner. I can’t wait to see how this one screws up the system.”

I played the same reference song we had just listened to previously. In the first five notes, you could easily tell there was something different about this device. My business partner, Lee Matuszczak (an EE and fellow skeptic) was sitting off to the side and could easily hear the differences. With the Bybee, two things hit you immediately- the blackness of the background (something common to most good system conditioners) and the openness and dimensionality of the soundstage. The soundstage became much wider and deeper with the individual instruments/voices becoming more sharply focused but not in an unnatural way. Additionally, you could more easily hear the subtleties in the music- the musicianship and emotional content. The changes were not subtle, they grabbed you by the throat and said “See how the recording should actually sound.” Mike had to go, but left his Bybee with me to play with further. 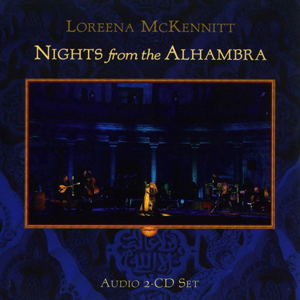 Knowing that different was not always better, I spent the next 8 hours going through my entire reference collection. On well recorded live events, the Bybee allows you to more easily believe you are at the performance. On McKennitt’s “Nights From The Alhambra” I also began to notice that the Bybee also had another effect- it reduced spurious high frequency noises that make her voice hard and harsh. With the Bybee, the recording of her voice is still bright, but not in a harsh/hard way. She now sounds like a first soprano with a piercing voice, the way many talented first sopranos would sound singing into a microphone. On “These Bones” by the Fairfield Four the bass lead voice sounded just slightly leaner. As I listened further, I could tell the Bybee also was reducing spurious noises in the bass region. The bass was tighter with no sense of bloat.

I then started putting the Bybee in other system components. I was most impressed with it when it was in front of the pre-amp. This did not surprise me since we had always thought more could be gotten from the pre-amp with a better power supply. What did surprise me was the extent of the improvement. I did not expect THAT level of improvement. It was like we had put in a $20,000 pre-amp in the system. The results were stunning. Come to think of it, I have not heard a $20K pre-amp sound this good.

Over the weekend, I took the Bybee to two members of our listening panel and to Lee. Their systems experienced similar results with the Bybee in front of their pre-amps. The other members use several types of Schiit Audio DACs and we tried the Bybee with these. The results were similar, but not as extensive as with either the Rowland or the pre-amp. Lee also tried the Bybee on some Pascal Class D module amplifiers. Again, similar but less impressive results than with the Bybee on the pre-amp. One panel member has a set of Sanders electrostatic speakers that requires an active crossover. He put the Bybee in front of the crossover and that result was jaw dropping, the biggest change to date with the Bybee.

In relative terms, if the increased performance of the pre-amp with the Bybee is 100, the following other components improved by:

I am not saying we experienced a 100% improvement using the Bybee on the pre-amp, I am just trying to give a rating to the relative improvement we found with each piece of equipment we tried with the Bybee. As with all system components, your experience in your system will likely vary from our findings.

Suffice it to say, I am now residing in the dark side. I have bought one of the Bybee Holographic AC Adapters and am looking at putting Bybee filters in my pre-amp. Thanks Mike and Mike.